A SANTA LIVED AS A DEVIL AT NASA! Create an easy peasy Palindrome for December, win terrific books for free!

To avoid boredom, win a free book, and fulfill my birthday request, please ponder coming up with a palindrome for December. If created by anyone younger than 18, they get to select two books. All it needs to have is one word: math (aside from Elba, but we all know able/Elba). Now here’s a tip: consider words with “ight”: fight, light, sight, might. Then just add some words around as needed. (See rules, they cannot be identical to mine.)

fit sight am ….math gist if

You can search “palindrome” on my regular blog for past winners, and some on this blog too.

Winner of the January 2014 Palindrome Contest

Winner of the January 2014 Palindrome Context

The requirement was: A palindrome with “optimal” and “Elba”.

Bio: I’m a Visiting Assistant Professor in Phonology & Phonetics at Michigan State University. My work primarily deals with probing people’s subconscious knowledge of (abstract) sound patterns. Recently, I have been working on auditory illusions that stem from the bias that such subconscious knowledge introduces.

Statement: “Trying to get a palindrome that was at least partially meaningful was fun and challenging. Plus I get an awesome book for my efforts. What more could a guy ask for! I also want to thank Mayo for being excellent about email correspondence, and answering my (sometimes silly) questions tirelessly.”

CONGRATULATIONS! And thanks so much for your interest!

WINNER OF THE MAY PALINDROME CONTEST

WINNER OF THE MAY PALINDROME CONTEST: A person who prefers to remain anonymous

STATEMENT: “Thanks for the book. It was easy to win with just one word. I was never able to get the palindromes before. I underline ‘no’ to the question of who I am.”

CHOICE OF PRIZES: “Error and Inference. Staley’s review sold me”.

Error and Inference: Recent Exchanges on Experimental Reasoning, Reliability and the Objectivity and Rationality of Science (D. G. Mayo and A. Spanos, CUP 2010/11).

The requirement was to  include Elba plus “opening”—yes the contest has become easier. June will also have just one word: contest (plus Elba). 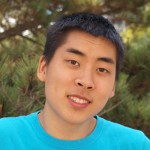 STATEMENT:  “As an unofficial wordsmith (certification pending), it is a tremendous relief to see my efforts bear fruit. My Thanks to the isle of Elba for indulging me.”

CHOICE OF PRIZE: “Principles of Applied Statistics, by D.R. Cox and C.A. Donnelly”.**

*Francis Lee is currently an undergraduate in the University of California school system, and he aspires to investigate mathematical models of risk perception and communication in the medical field.

The minimum requirement was to  include Elba plus any one of: bootstrap, demonstrate (demonstrable), null. Using two would beat out candidates using just one, even though there weren’t any. During January, there was a humorous dialogue between Lee, the Elba judges, and I:

Elba Judges to Francis: What is “shallu”? Can you send a reference?

Francis: Shallu is a type of grain that I believe originates from Africa, but requires very particular weather conditions in order to successfully grow, hence the rarity of its use. I believe the seeds are rather large though.
1. Here’s a store that sells shallu: http://rareseeds.com/shallu-egyptian-wheat.html
2. And here is a reference by the US Government: http://digital.library.unt.edu/ark:/67531/metadc96470/

Elba Judges to Francis: Can you please explain your January palindrome?

Francis: An unscrupulous farmer who wears military boots when he farms, lied to the public and claims to have developed a system to grow it more efficiently than was conceivable in the exact same conditions as is typically allowed, when in reality he was just mixing it with more common crops mixed in, and selling it as the more expensive shallu. Being suspicious, an inquisitive scientist snoops around.

Upon further examination of the dirt attached to his boots, they have concluded that the caked dirt was wildly lacking in some characteristic that soil conditions of shallu typically have. Along with other gaping inconsistencies in his story, this evidence warrants a trial and he is quickly convicted. Any professional fascination stemming from his methodology is soon rebuffed.

Nevertheless, there is still a rampant shallu demand from the public due to the effective marketing strategies of the farmer. The current state of affairs is that a task force appointed by the government is figuring out potential locations to grow shallu and meet public demand. One of them suggests our beloved Elba, which is swiftly denied by another on account of shallu being too unwieldly to cultivate on an island the size of Elba.

Mayo to Francis: You are a candidate for winning the January palindrome contest. Congratulations. But can you please explain the phrase “Null ‘ahs’ on my lie”? Thank you.

Francis: Null “ahs” on my lie was my long way of saying that his revealing of the truth removed any sense of wonderment from the public.

Anyone get this? No matter, congratulations Lee!

WINNER OF THE NOVEMBER PALINDROME CONTEST:

The minimum requirement was to  include Elba plus any two of: code, luck, predict.